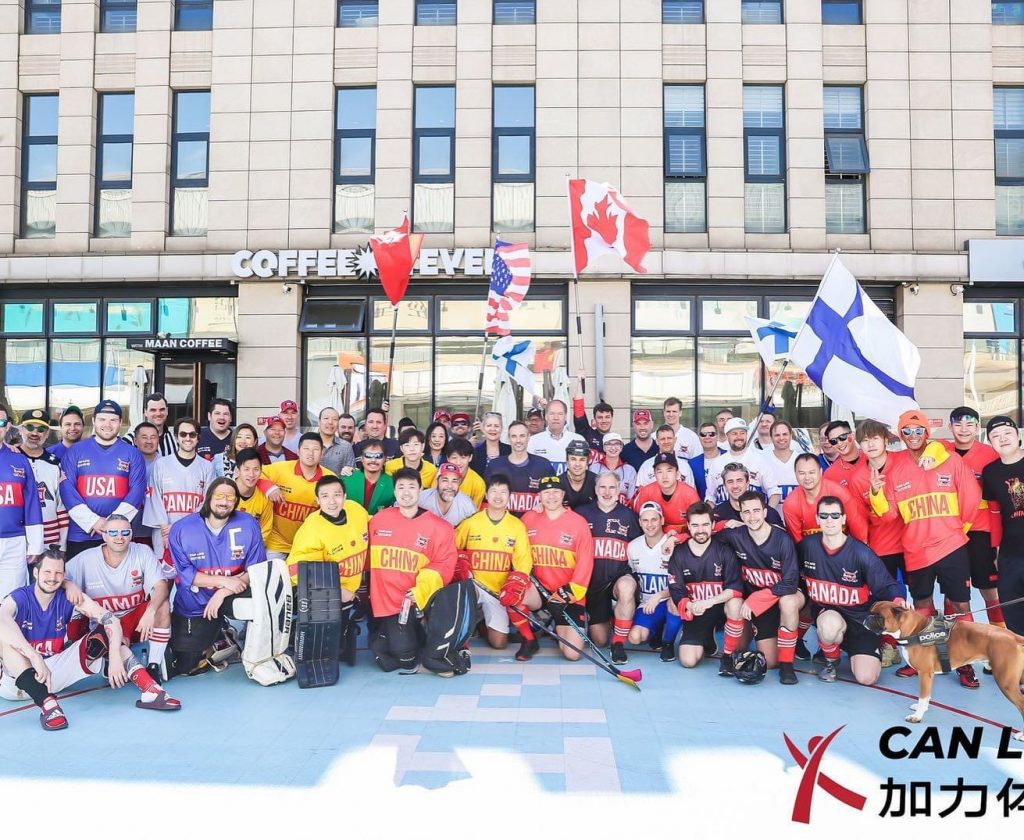 A look back on China’s first-ever international ball hockey tournament—a day of community-building and fun.

On April 3, 2021, Can Life Sports hosted the Heritage Cup Ball Hockey Tournament in Beijing, the first-ever international ball hockey tournament in China. The event is part of its mission to grow the sport and culture of hockey through world-class events and positive hockey experiences.

Can Life is the exclusive China member of the International Street and Ball Hockey Federation (ISBHF), and had the support from the ISBHF to organize the Heritage Cup to international standards. The tournament brought together six teams representing four nations: two China teams, two Canada teams, Finland, and the United States. The teams played in five round-robin games each, followed by a Group A, B, and C final game.

Can Life designed the tournament to showcase ball hockey to China, as part of its ongoing “grow-the-game” push for ice hockey in the lead up to and beyond the 2022 Beijing Winter Olympics. Ball hockey offers a much lower barrier of entry for kids to get involved with hockey, as they can play anywhere there is dry land. Spectators, many of whom stopped to watch after passing on the street, showed significant interest in the sport and wanted to know how they could get started. Can Life will continue to organize events and programs that focus on the growth of hockey with competitions, fan experiences, and learn-to-play initiatives.

Can Life would also like to thank the Beijing Hockey Association for its support, as well as our sponsors — CCM, Oarmilk, Laitilan, and Asahi—our venue provider, GoRink, and our media partner, Ice Hockey Stories. Can Life also thanks WPIC Marketing + Technologies, the presenting partner for the event, as well as other sponsors, supporters, and media partners for making the Heritage Cup possible.