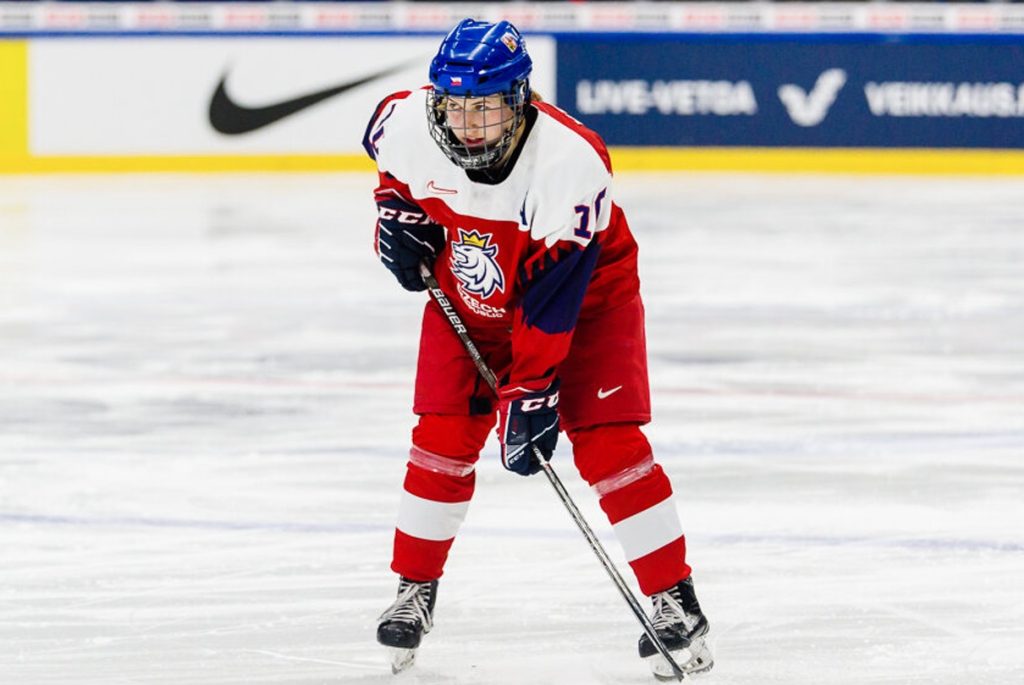 Denisa Křížová reflects on a revered time
by Mark Staffieri

Long recognized as an on-ice prodigy; Denisa Křížová has proven to be just as proficient on the slab for her native Czech Republic. Becoming a cornerstone for the constantly competitive national ball hockey team, Křížová, the native of Horní Cerekev, a centuries old town found in Vysočina Region, has become one of the game’s global stars.

Enhancing Křížová’s standing with the national team is that fact that she has also worn her country’s colours internationally on the ice. Her competitive resume includes skating for the Czech national ice hockey team in the 2011 and 2012 editions of the IIHF U18 Women’s World Championships, having also participated with the senior team in multiple IIHF Division 1A Women’s Championships. As a side note, she has played professional ice hockey with the NWHL’s Boston Pride, the first Czech player drafted into the league, and the SDHL’s Brynas IF club. 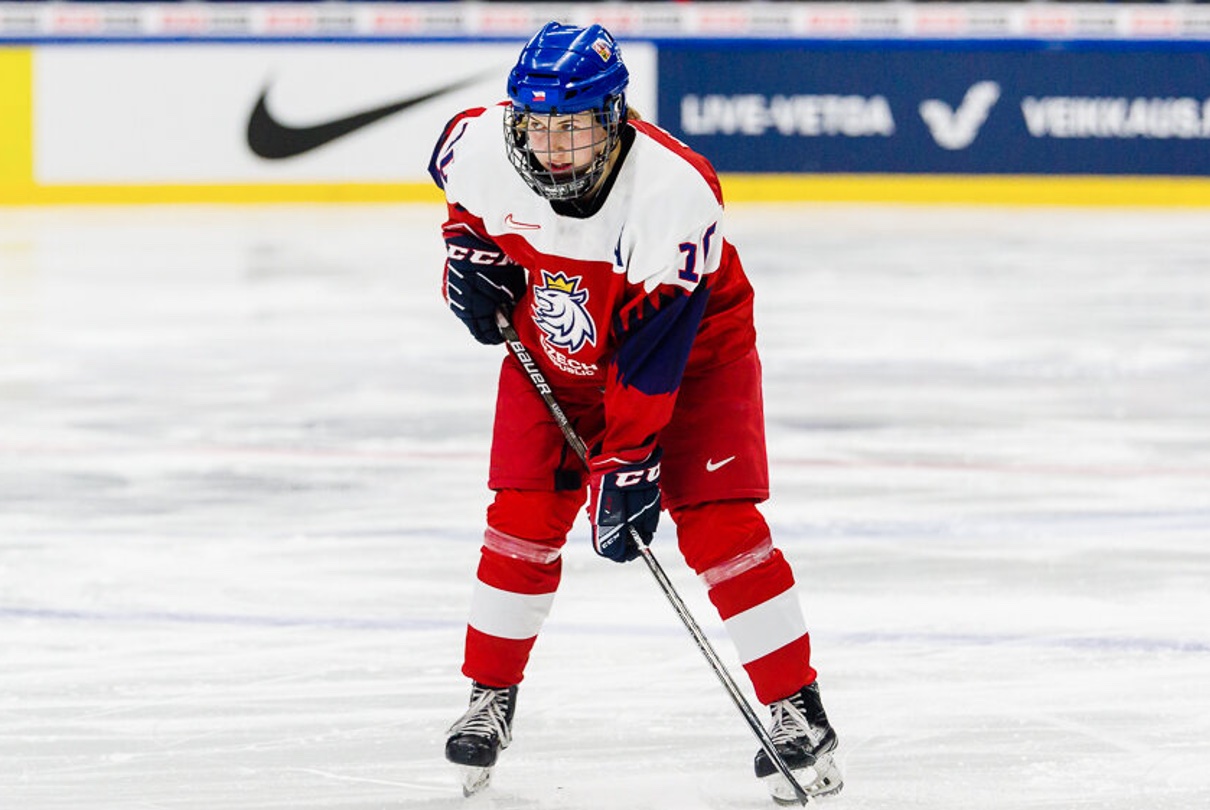 With a pandemic that has sidelined many competitive events, it has allowed Křížová an opportunity to reflect on her proud achievements. Although the ball hockey element holds another unique connection to its equally exciting on-ice variation, Křížová prefers to observe the bigger picture. Finding a tremendous sense of honour in the privilege of competing for her homeland, it is equally a source of contentment, “I like playing both, ice hockey and ball hockey, I am just happy to be part of the teams and part of the IIHF and ISBHF tournaments.”

Entering the 2019 ISBHF Women’s Worlds in Kosice, Slovakia, one of the program’s most distinguished rivals, Křížová enjoyed a tremendous sense of momentum. Two years prior, Křížová contributed to an unprecedented chapter in program history. With the 2017 ISBHF Women’s Worlds contested in the Czech city of Pardubice, on the river Elbe, east of Prague, Křížová, the host team had enjoyed five consecutive podium finishes, one silver, attained in 2015, and four bronze.

Playing with a strong sense of national pride, Křížová and her teammates returned to the gold medal game. Facing off against the United States, Křížová helped her own cause by scoring the game’s opening goal at Tipsport Arena. Aneta Lédlová, who played with Křížová at the 2012 IIHF U18 Women’s World Championships would score the game-winning goal in overtime, providing the proud Czechs with their first gold medal. Winning the World Championship Best Forward Award, while teammate Kateřina Zechovská garnered the Most Valuable Player Award, it was prologue to another brilliant performance two years later. 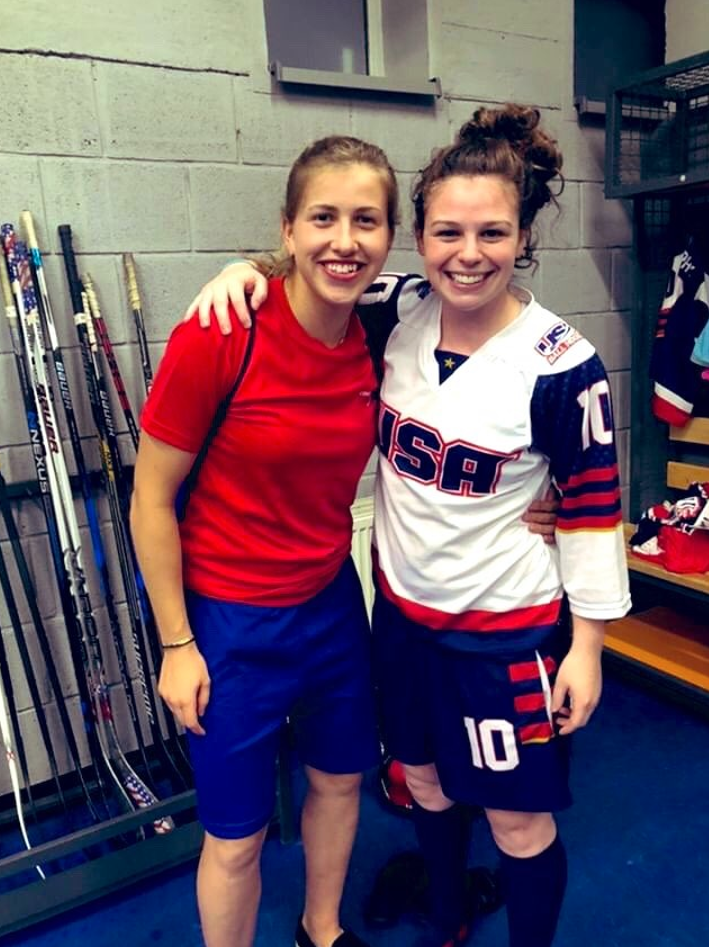 Capturing the 2019 ISBHF World Championship scoring title, Křížová led one of the best offensive units in Kosice. With the top six tournament scorers all hailing from Czech Republic, she tied Klara Seroiszková for the most points with nine. As Křížová recored three goals in tournament play, compared to two for Seroiszková, she gained top scorer honours.

Following this distinguished duo in the top six included teammates Barbora Patocková, Pavlína Horálková, Lucie Manhartová and Lédlová. Looking back on the summit reached of her first ISBHF World Championship scoring title, elements of humility and gratitude rise to the surface. Quick to recognize the impact of her teammates, it stands as one of Křížová’s most commendable hallmarks.

“It was an honor to be the leading scorer, but I would not be one with out my teammates. I think we had a good chemistry together and I just wanted to get the W.”

Just as important to Křížová, there was a unique opportunity to pay homage to her New England hockey roots. In addition to competing for the Boston Pride, she played university ice hockey with Northeastern University Huskies from 2014-18, calling fellow Czech star player Lucie Povová a teammate in her freshman season.

Amassing 169 points over four seasons with the Huskies, the sixth highest ranked scorer in program history, she was not the only alum from the Boston-based University to grace the slab in Kosice. Also a teammate in Křížová’s freshman season, Colleen Murphy, raised in Cary, North Carolina, wore the Stars and Stripes, earning a silver medal. 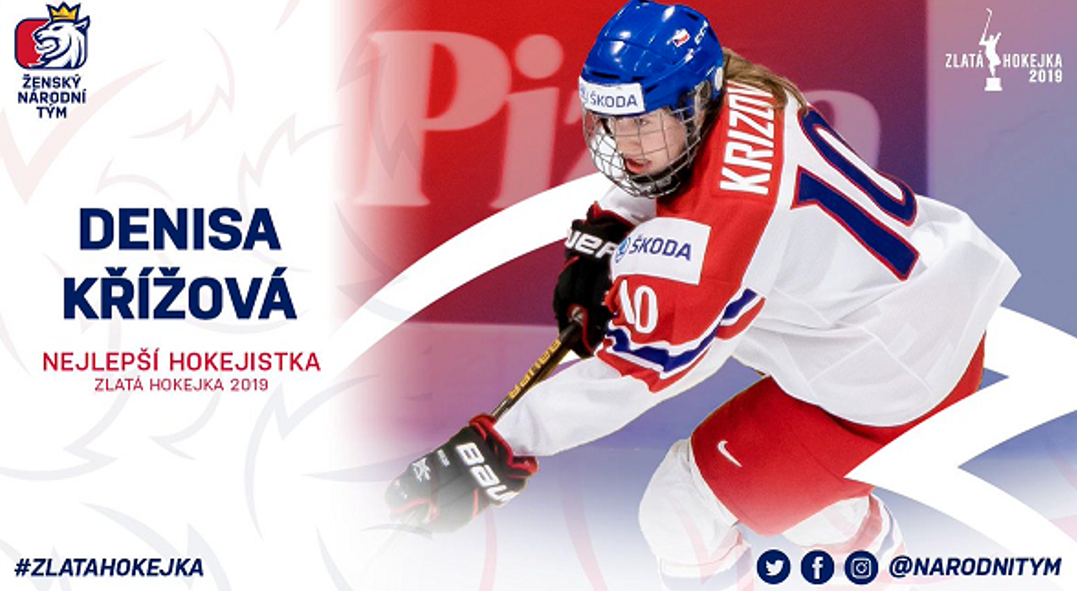 Coincidentally, Murphy also played professional ice hockey in the NWHL, garbed in the paraphernalia of the Connecticut Whale. Appearing in seven games at the 2019 ISBHF Worlds, the theme of coincidence remained prevalent for Murphy, as her only point of the tournament, an assist on a goal by Becky Dobson, took place in the 2-1 victory over the Czech Republic.

Akin to Murphy, Křížová would also enjoy a podium finish. Emerging with the bronze medal in Kosice, one of the Czech Republic’s most impressive performances involved a 1-0 defeat of the eventual gold medalists Canada in round robin play. Despite suffering identical 2-1 round robin losses against Slovakia and the United States, Křížová was involved in each of the team’s goals, putting forth assiduous efforts.

Prevailing in a convincing 5-0 triumph against archival Slovakia for the bronze medal, Lucie Manhartová led the way with a pair of goals, securing a sixth straight podium finish. Although Křížová was not on the score sheet in this highly emotional win, her playmaking abilities were prevalent throughout the entire tournament, as evidenced by her selection to the Tournament All-Star Team, where she was joined by Manhartová.

Reflecting on the victory, the aspects of importance and solidarity represent more than jubilation. In the unfolding narrative of Křížová’s ball hockey odyssey, the bronze showed a display of character that validated a hard-fought journey in Kosice, while providing optimism at the possibility of an even better result when the ISBHF resumes world championship play. Standing as a cherished moment, encompassing the essence of competition for Křížová, part of a magical time that also saw her bestowed the honor of the Czech Republic’s female ice hockey Player of the Year, her sentiments embody a team-first approach, testament to her solid work ethic and devotion,

“It was a very important game for us, we definitely wanted to end the tournament with the win and bring the bronze medal home and I am very happy we accomplished that. My favorite moment was when we won in the bronze game. We obviously wanted to make it to the final game but I really liked how we still stuck together and gave our all in the bronze game. These are the moments I enjoy the most when we all have fun playing and want to win, no matter what.”