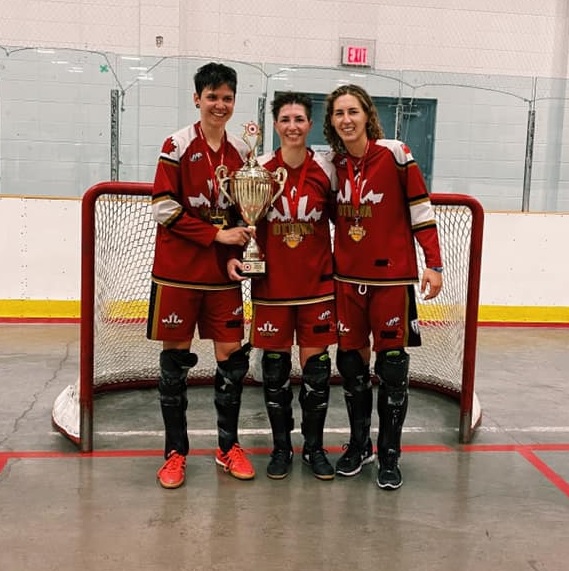 With Calgary’s Huntington Hills Arena serving as the backdrop, the CBHA Nationals returned from a prolonged absence over pandemic concerns. Adding an element of relevance and prestige to the event was the fact that five rosters in the women’s tournament featured tremendous talent that once played for Team Canada in ISBHF competition.

As several rosters read like a who’s who of elite ball hockey competition, the ISBHF alumnae not only added luster to the quality of play, the medal round featured at least one player possessing international experience in every game.

Having enjoyed podium finishes at the 2017 and 2019 ISBHF Worlds, Giuliana Pallotta supplied significant leadership for the New Tecumseth X-Treme, one of two teams representing the province of Ontario. Averaging a point per game in the preliminary round, which saw the X-Treme post an undefeated mark, her lone goal in said round came against the BC Selects. 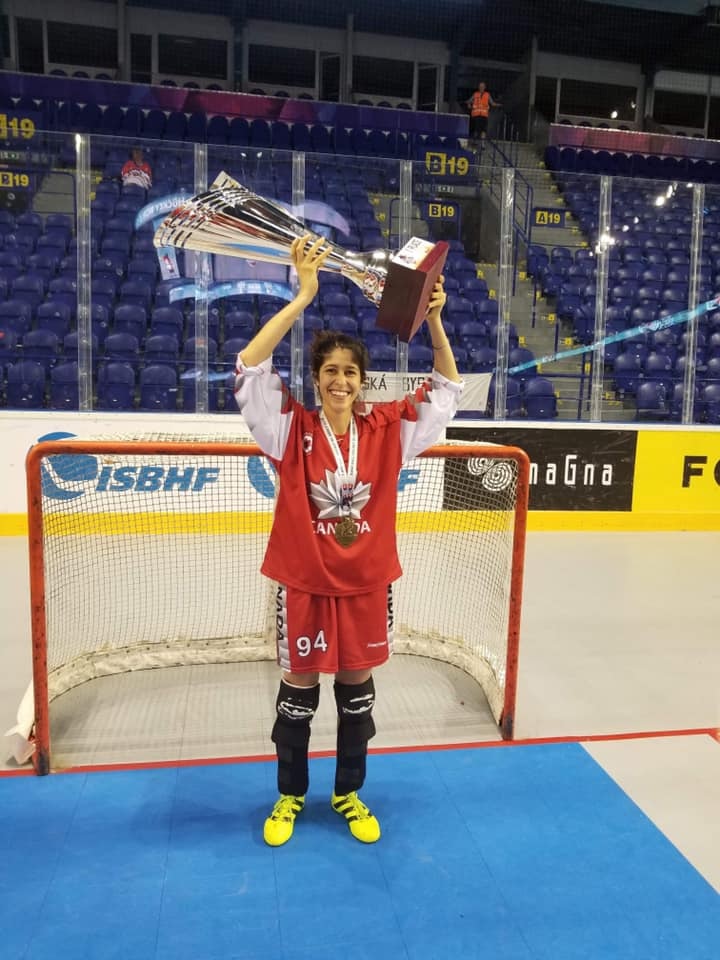 With a highly competitive field of talented teams, Pallotta, Skeats and their fellow X-Treme competitors qualified for the gold medal game. Facing off against the Ottawa Capitals, the last champion when Nationals were contested in 2019, it resulted in an all-Ontario final. Although the Capitals repeated as champions, the path to the gold medal game provided its own rewards for a proud Pallotta,

“It was an incredible feeling, we knew the talent and journey to get to the gold medal game would be difficult, however the team shared the same mindset from the beginning. We had a fantastic group of girls and although we came up short to a very strong and talented Ottawa team. I am very proud of our team.”

Raised in New Brunswick, Jess McCann was among three competitors from Atlantic Canada, including Danielle and Rebecca Ring, which contributed towards the Ottawa Capitals capturing the national championship. On a roster that also featured ISBHF competitors such as Alicia Blomberg, Edie Brenning and Elysia Desmier, McCann added to the significant star power.

Having worn the Maple Leaf at the 2015 and 2019 ISBHF Worlds, both gold medal outcomes, McCann also enjoyed a place on the 2019 Tournament All-Stars. Recording four points in the preliminary round, followed by another three in the elimination round, McCann ranked among the top five in overall tournament scoring at Nationals.

Such stellar offensive contributions allowed McCann the opportunity to reach a sensational summit, as the 2021 CBHA Nationals resulted in her first national championship. Adding to her haul of hockey hardware with Tournament MVP honours, the achievement of national and world championships provided a jubilant McCann with an achieved fulfillment.

“I mean it truly is an amazing feeling getting recognized amongst the best in the world but for some reason, Tournament MVP at Nationals meant just as much if not more to me. The circuit we have in Canada is so competitive, going to Nationals is hard.

Every game you are playing against your own team Canada teammates from different provinces in your home country. I played for an amazing team (at) this year’s Nationals. The coaching staff, my team mates and absolutely cannot forget my line mate/ center Danielle Ring without all those stars aligning there would be no tournament MVP.”

With the BC Selects and Edmonton Ducks reaching the bronze medal game, ISBHF talent was prevalent once again. Appearing with the Ducks in the battle for bronze, Tara Swanson, a participant for Canada at the 2017 and 2019 ISBHF Worlds, was joined by fellow ISBHF alumnae Michelle Marsz. Playing on defense, accumulating a pair of points in preliminary round play, the Ducks bested the Selects by a 2-1 mark to capture the bronze medal. 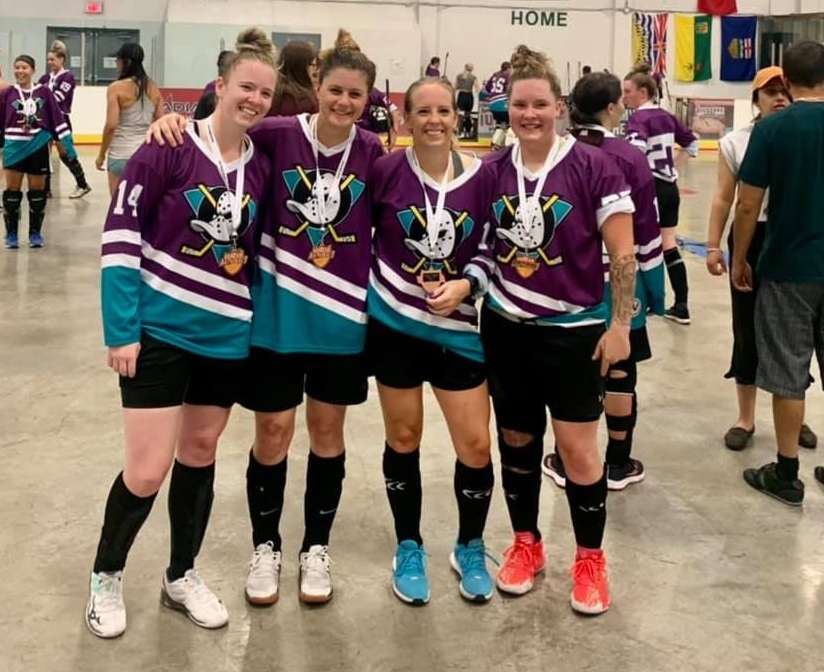 Reflections on this year’s CBHA Nationals encompassed more than just competition for Swanson. Although a podium finish against such a strong field provided Swanson with a tremendous point of pride, just as relevant was the feeling of reunion. With every game featuring a familiar face from Team Canada on the opposition, friendship and community served as the pillars of Swanson’s experience in Calgary,

“I knew this year was going to be tough with the rosters that I saw coming, so it was huge for our team to battle till the end and find a way to come away with a medal.

Honestly it was exciting to see all those girls again. Pretty sure (that) I gave all of them hugs when I saw them. All are amazing humans and amazing ball hockey players so it was nice to see them competing again.”

With no team representing Atlantic Canada at the 2021 ISBHF Nationals, the bronze medal game, akin to the gold medal clash, also featured Atlantic talent. A longtime mainstay with Newfoundland United, a perennial contender in CBHA play, Dawn Tulk, whose ball hockey resume includes four consecutive appearances with Canada’s contingent at the ISBHF Worlds (2013-15-17-19), suited up for the BC Selects.

Playing with fellow Newfoundlander Kristen Cooze, also a teammate for numerous ISBHF events, the BC Selects roster also featured Team Canada alumnae Melanie Jue, Julianna Thomson and Silvia Traversa. Although it marked a very different experience not playing for her usual team, Newfoundland United, Tulk was ecstatic at the opportunity to return to Nationals. 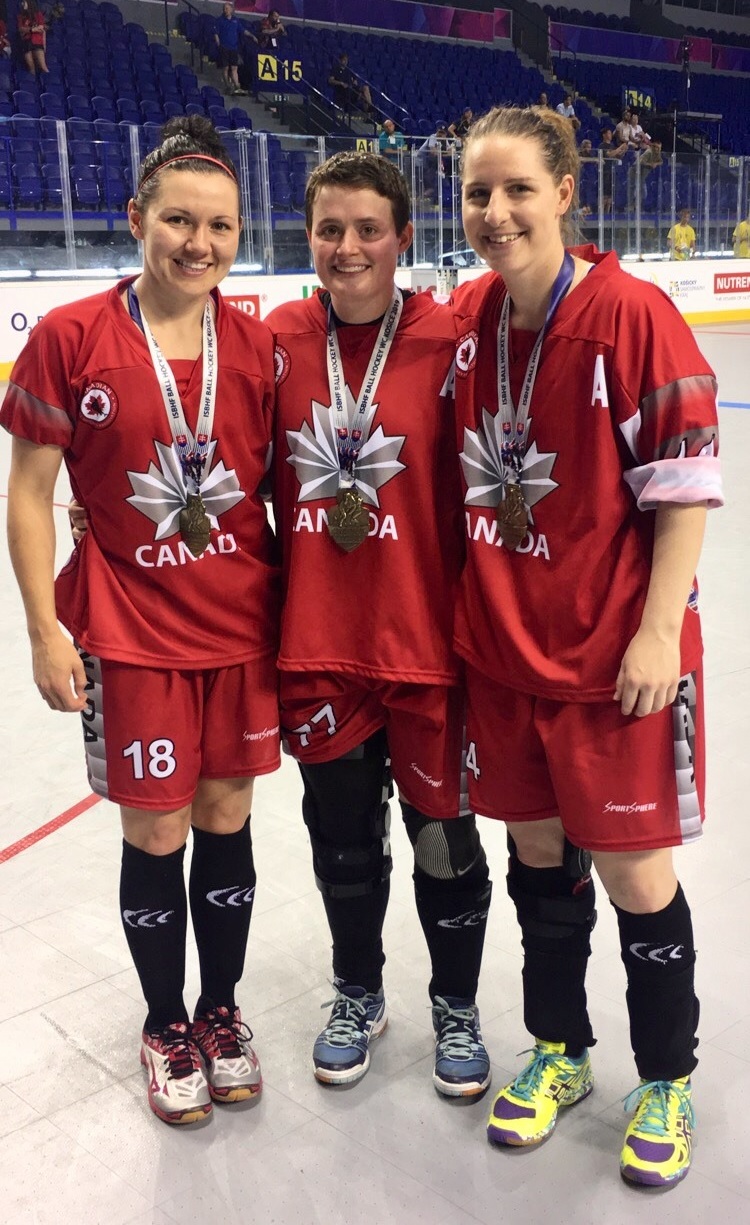 Scoring against Calgary in the elimination round, Tulk’s fundamentally sound skills and team first approach resulted in a seamless transition with the BC Selects, providing them with an opportunity to contend. Pondering the possibilities of returning to Canada for the next ISBHF Women’s Worlds, the reality of returning to CBHA competition marked one of rejuvenation, rekindling a love of the game, simultaneously experiencing new growth as both, a tremendous leader and world-class competitor.

“Playing at Nationals will never get old, it is something that we look forward to each summer. We were a little apprehensive to travel this year and we had to make the difficult decision at the deadline not to send our NL United team to Calgary.

It was a very different experience to be representing another province, but myself (and the other NL girls) were grateful for the opportunity to compete. We have a few old teammates from BC so it was a great chance to play with them again! It was an awesome opportunity to meet some new friends, and get to compete at the tournament.

Each time there is a scout year (such as this one), the caliber of play is increased and we get the chance to go head to head against the best players in the country, which is something we never take for granted.”